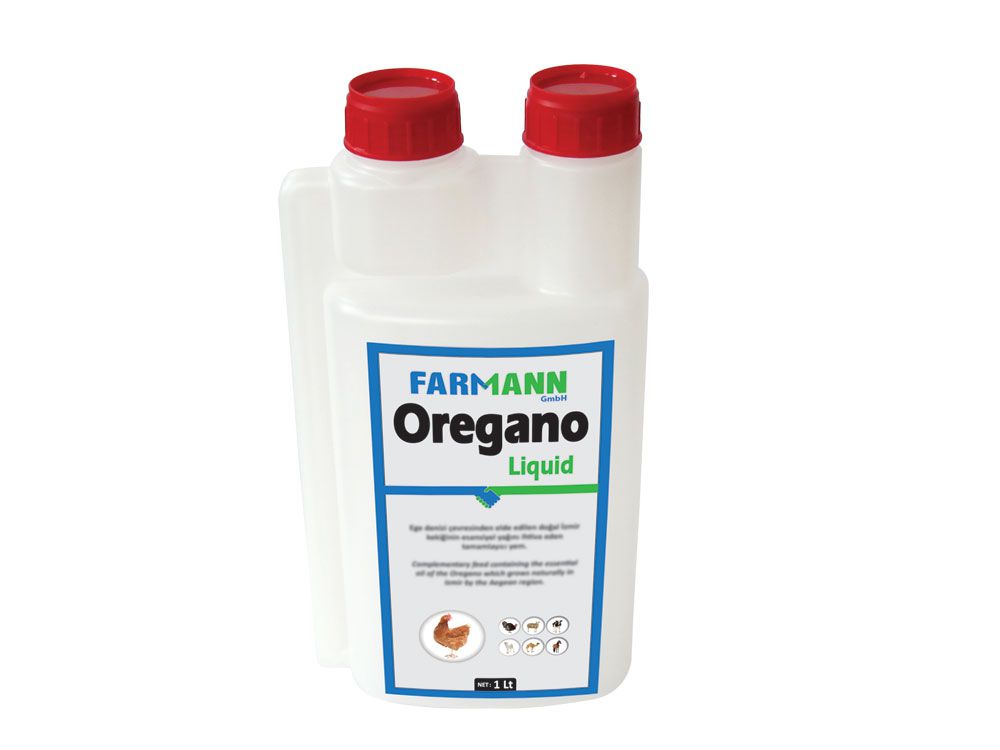 For many years, antibiotics have been used on animals as an appetizer and as protection against diseases. However, the use of antibiotics in feeds has been banned, as it has increased bacterial resistance and has left residues in animal foods. Following the ban of the use of antibiotics, attention has been turned to natural essential antibiotic-effective essential oils.
The most effective of these is oregano oil. 85% of the world’s Oregano oil production is made in Turkey. The only reason for this is that Oregano grown in the Aegean region contains high carvacrol and tymol active ingredients.

Bactericidal effect: Unfortunately, 90% of the studies made on Izmir’s oregano were preformed outside of Turkey. According to the results of scientific researches, even if taken at low doses (200 mg per day for humans), it’s very effective on bacteria. Essential oils obtained from Izmir Oregano show the bactericidal effect same as antibiotics, by breaking down the bacterial cell wall, opening the holes and leaking in the ions. Thus, bacterial ATP synthesis is inhibited and bacteria that don’t produce energy die.
Oregano essential oil has been shown to be effective against the following bacteria.

The main reported effects on birds

Effect on Rumen functions: Numerous scientific studies have been carried out to show that Oregano essential oil affects the tripe activities positively and reduce the production of methane gas and it has been stated that it will have a positive effect on the environment by reducing methane. Oregano oil supports the rumen flora and maintains the optimum balance of acetic, nitric and propionic acid in the rumen. This effect increases the digestion capacity of the tripe. It’s known that Oregano oil affects fertility, meat and milk yield positively. It’s estimated that this positive effect is due to multiple effects including positive effects of rumen functions.

Can these effects be accomplished by feeding the animals Oregano?
Recently, negative comments have been made by experts without scientific knowledge about essential oils. The most important of these comments is that the plant should be consumed directly instead of trying to extract essential oils. It can’t be said that feeding animals Oregano is useless. It is a separate challenge to find regular fresh Oregano every day. However, it’s known intensive dosing of an active substance has the expected effect. On the other hand, from 100kg Oregano, there can only be 500-700 grams of Oregano essential oils obtained.

What’s the difference between of Farmann Oregano Liquid and other products?
It’s regrettable to say that there is a lot of scam in the essential oils sector. Essential oils are fundamental oils in plants. The production is very difficult and the extraction ratio is very low. Not to be confused with plant extract (plant juice). This plant is sometimes called tincture, which isn’t the same as essential oil. Many of the Oregano oils which claim to be essential oils are only composed of synthetic aromas. It’s impossible to get the expected results from them. Farmann Oregano Liquid is produced only with natural essential oils of the Oregano which grows naturally in Izmir by the Aegean region.